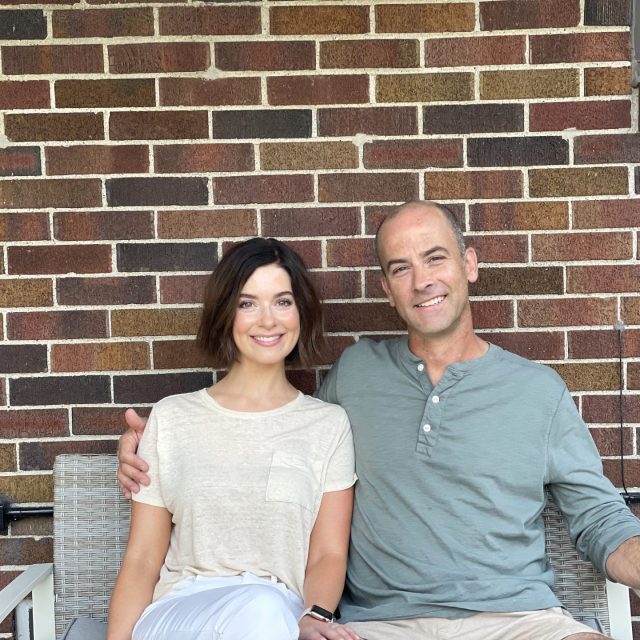 We are Felicia & Greg from Michigan! Thank you for taking the time to get to know us. We understand that you would not be reading this if the path before you were clear or easy. We see you and our hearts go out to you.

No matter what you decide to do from here, please know we wish you and your child the very best. Should you choose adoption and decide that we are the best fit, please know that we will speak of you with love and respect, always. 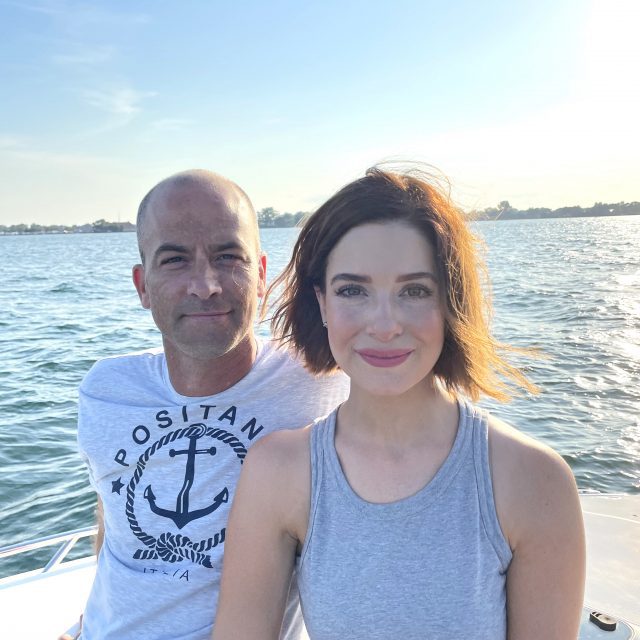 In Greg’s Words: We first met by the lake about ten years ago, and four years later, surrounded by our closest friends and family, we married overlooking the same waterfront.

In Felicia’s Words: Our first few dates were exactly the same: going downtown to watch the Tiger’s play in the World Series. See, Greg wanted to ask me on a date but he also had season tickets — needless to say, I learned a lot about batting averages that summer.

What even Greg doesn’t know is that I rescheduled my work day just to watch baseball with him. And sure, he was laser focused during the pitching and running part, but in between, he was making me laugh so much I had tears in my eyes.

It’s our shared sense of humor that first connected us and it’s been helpful in navigating this past year and our journey to start a family. We are choosing adoption after learning that Felicia has a medical condition that would make pregnancy too high-risk.

Things That Makes Us Happy

Our Hobbies and Interests

While we have our own hobbies (Greg’s woodworking and boating, Felicia’s writing and yoga), our shared passion is travelling. Whether it be hiking around the Upper Peninsula, or checking out the museums a few hours away in Chicago or Toronto, or overseas to visit family and explore new cultures… We love to explore, and it’s something we look forward to sharing with our kid one day.

About Greg, by Felicia

Greg is the eighth of nine children raised in a small, lakeside town north of Detroit. On his side alone, he has more than twenty-three nieces and nephews who all consider him to be the fun uncle. They have other teasing nicknames for him because when you’re around Greg, life is just a little bit funnier.

After graduating from Michigan Tech with his Bachelor’s in Engineering, he has worked his way up the ranks with the very first company he interned for many years ago.

Greg is consistent, intelligent, protective, hardworking and genuinely has the biggest heart. He’s also hilarious. Even before I was sure I wanted children, I KNEW NO MATTER WHAT, he would be an incredible father. That was important to me, as I was raised by a single mom who went above and beyond when it came to raising me and my brothers. I want my kid to know the unconditional love of a dad.

Greg is definitely the laid-back person in our relationship. He enjoys the simple things in life and it doesn’t take very much to make him happy. When he’s not working (mostly from his home office), he can usually be found making something out of wood in his garage. It’s a skill he learned from his dad, and it’s something he’ll be happy to teach to our kid one day as well. 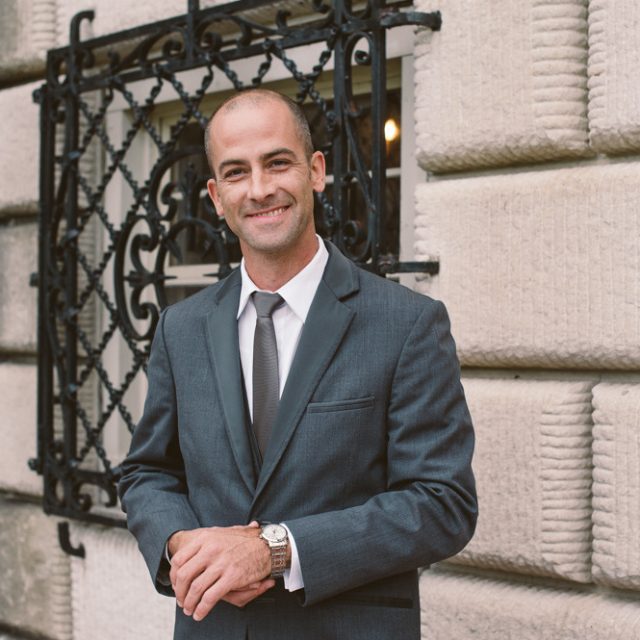 About Felicia, by Greg

Felicia is the middle of three children and was raised in a very traditional, Italian household in a suburb outside of Detroit. She went to school for esthetics and after a career in cosmetic dermatology, has gone on to start her own small but growing skincare company. This will allow her to work from home while she cares for our child.

Felicia is beautiful inside and out. She is fiercely loyal and has more empathy than anyone I’ve ever known. Her compassion (and mine) has grown even more during this adoption experience. She is an avid researcher and has an endless curiosity that allows her to learn and grow. She is creative, both in her writing and with the development of her skincare company. She is nurturing - a fact I witnessed firsthand as I watched her care for both her aunt and elderly grandmother.

Felicia is supportive in big and small ways. Texting encouraging messages to her yoga group when they do their daily workouts. Sending a small “thinking of you” gift to a friend going through a challenging time. Hosting dinners for our friends and family. Her support has no bounds. I have no doubt Felicia will be a loving and supportive parent. And what she doesn’t already know, she will research tirelessly until she figures it out. 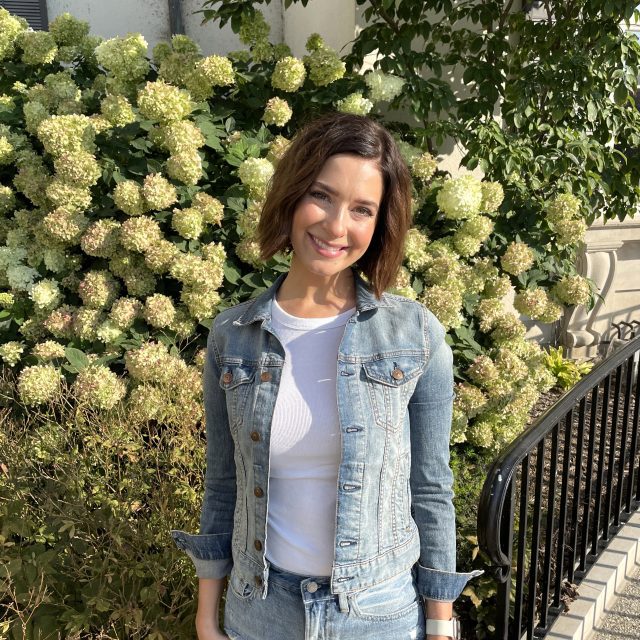 Felicia: Family and my phone

Favorite Place to Take a Child

Greg: On the boat with family

Felicia: Seaside sunset with our families

Our Home and Community

Our home sits along a tree-lined street within a small, family-oriented community just outside of Detroit. We live in a 1930’s Old English Tudor that we have lovingly renovated and restored (à la Chip and Joanna). Young couples and families move here specifically for the excellent school system as well as the private community parks and walkable downtown city-center (which is at the end of our street). The elementary school is a block or two from our house. There are also various cafes, ice cream shops and plenty of places for kids to explore.

We are also walking distance to one of Michigan’s many lakes. During the summer months, we slow cruise by boat along the water and enjoy spending time in Downtown Detroit. There is an abundance of museums and kid friendly activities and because Detroit is experiencing a renaissance, we find ourselves heading downtown more and more.

Fun Fact: Sunday dinners were a tradition growing up in Felicia’s family. It’s something we look forward to continuing with a family of our own someday. 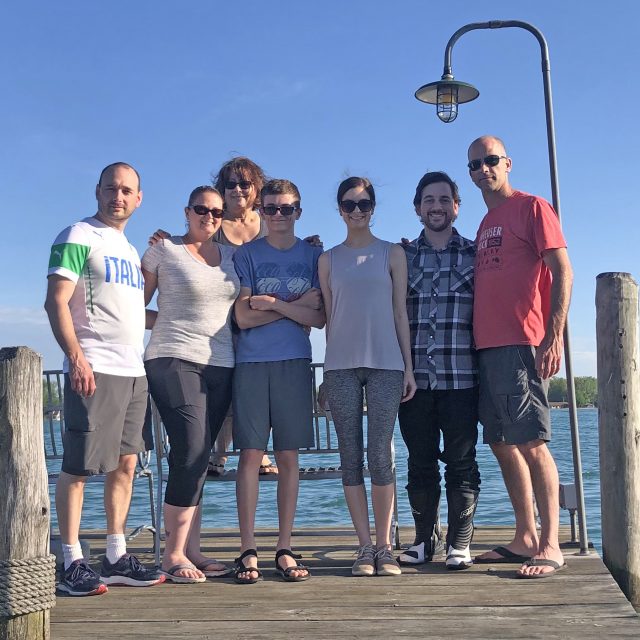 Valentino, or Tino for short, is our 13 year-old tiny yorkie-mix who thinks he’s much bigger than he is. He is great with kids, and not so great with other dogs (we think they remind him of his small stature).

Five Things We Will Teach Our Son & Daughter

Meet Our Family and Friends

It may sound redundant but family really is a huge focus for us. We are very fortunate to have all of our family close by and if we don’t see them once a week, we miss them! In the warmer months, our family time consists of a lot of outdoor barbecues, days on the boat and pool parties. When the weather cools, we host game nights, big family dinners and at least once a year, we’ll go up to Northern Michigan to ski or spend time with the family down in Florida.

They say it takes a village to raise a kid and we have such an incredible network of friends and family. We have more than twenty nieces and nephews and they are all so kind, intelligent and driven. Our child will have so much support and plenty of cousins to look up to and to grow up with.

Our Thoughts on Parenting

We will make learning fun and exciting. Felicia will help with the English and History assignments, while Greg will absolutely be on his own with the Math homework. We’ll both take turns in the Science department. Felicia will teach them all of the recipes her mom and grandmother lovingly taught. Greg will show them how to pilot a boat through Lake St. Clair. In the winter months, we’ll visit Northern Michigan so Greg can teach our little one how to ski. Every night before bed, we’ll read some of our favorite childhood books as well as some new ones, too. During summer vacation, we’ll take them overseas so they can learn, experience and meet different cultures, food and people. 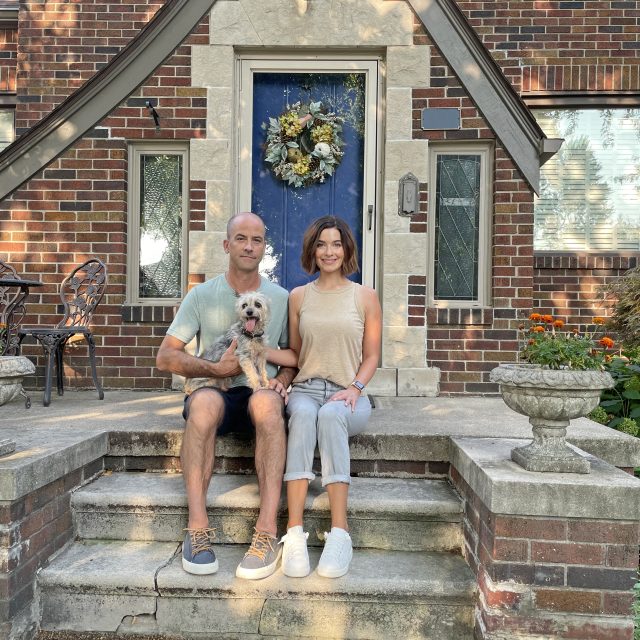 One Last Thank You

Nothing means more to us than sharing the unconditional love we have for our future child. While we are eager to create a family, you and your well being are an important part of that equation. We want to work together and get to know your wishes to make sure we all have a positive and healthy adoption.

We promise to raise our future child with love, respect and support so that we may guide them as best we can into the person they are meant to be. We would be honored for you to consider us as adoptive parents for your child. 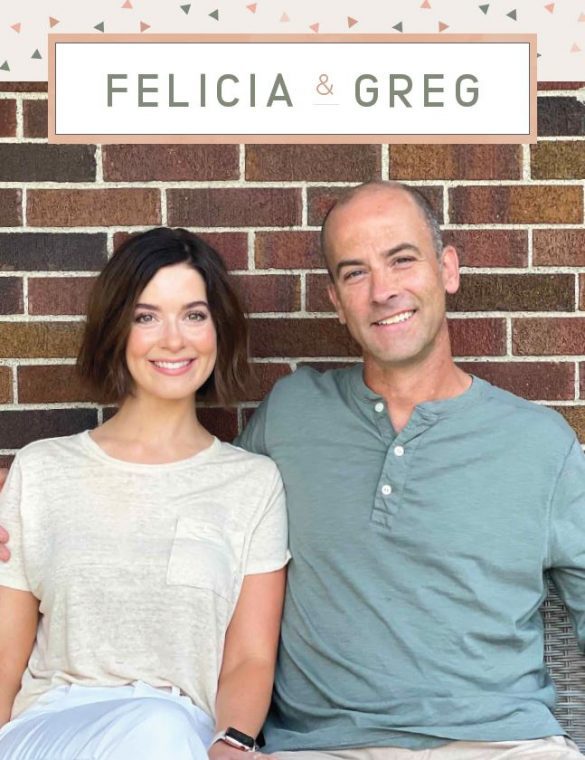